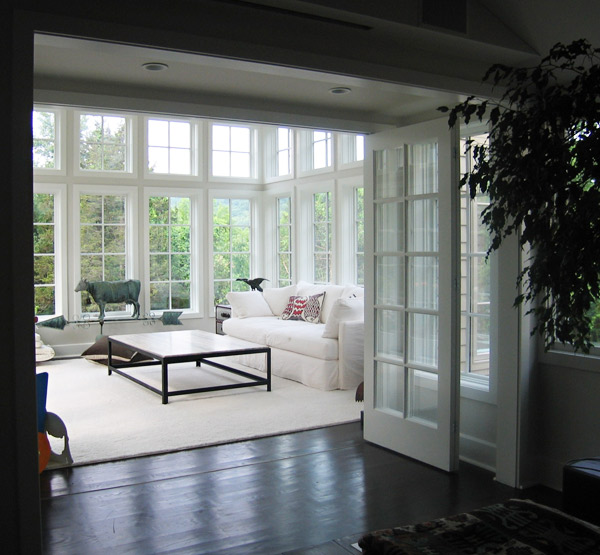 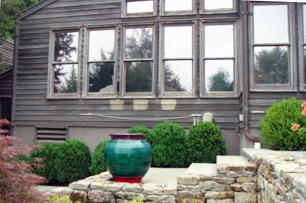 A couple of years ago I got a call from a fellow named Charlie who lived nearby. He said he had to make some changes to his weekend retreat.

I stopped over and took a look and heard what he had in mind. He was a bachelor so the house was not your typical suburban family home. It was built sometime in the 1960s and was in lousy condition. For starters all the windows would have to be replaced. They were double-hung units and had never been painted – or even stained. The siding was clapboard but had never been stained or painted either. 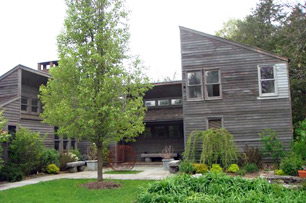 The challenge was to add a couple of bedrooms, a garage at the driveway level which was a good 12 feet below the mail living level. And since he used it all winter there had to be a way of getting from the garage to the main level without going outside.

PHOTO LEFT: The “before” picture of the east side of the original house before the remodeling and the additions. The entry is to the left of the bench under the overhang.So the project developed into three distinct phases.

First of all we had to consolidate the original house – everything within the original footprint - before starting on a expansion of the house. That meant changing all the windows to casements, replacing the clapboards with shingles and replacing the existing composition shingles with cedar. 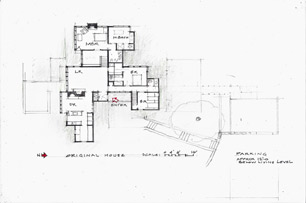 This is the original floor plan.

Besides the exterior changes the only real changes was the elimination of the fireplace in the Dining Room and the change from brick to stone on the Living Room fireplace. 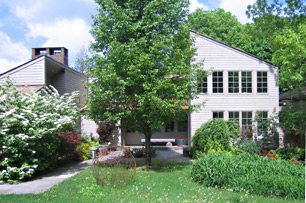 View showing the entry side of the house at the completion of Phase I.

Somehow we had to add a two car garage at a full story bellow the main living level of the house and gain access to the house under cover. This phase included adding an additional guest bedroom and bath and a home office. 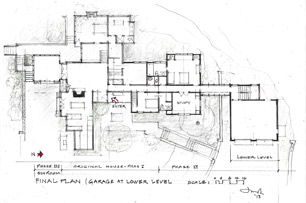 This is the final floor plan showing the Phase II additions as well as the Phase III Sunroom addition on the south side.

Below are a couple of the original thumbnail sketches showing how the additions would work. 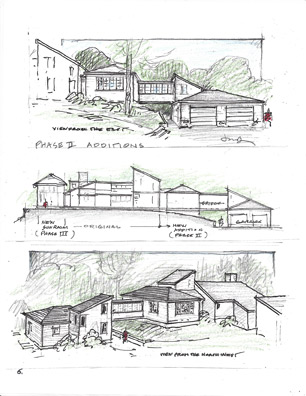 The main challenge was how to get from the garage level to the main living level of the house which was approximately 12 feet higher.

This worked out by adding a stairway at the back of the garage and connecting to the main living level of the house by a bridge. There is also a entry door under the bridge. 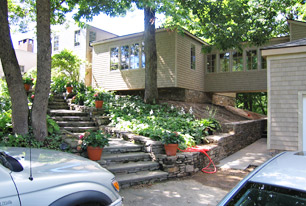 This view shows the way the garage and the bridge tie the lower level with the main floor. Note the way the new bed room addition was cantilevered on the side nearest to the entrance steps. This was to keep the new addition away from the tree which the client wanted to save. 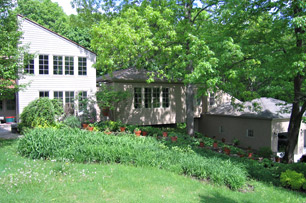 This view shows the additions sort of descending down the hillside to the garage and parking level. 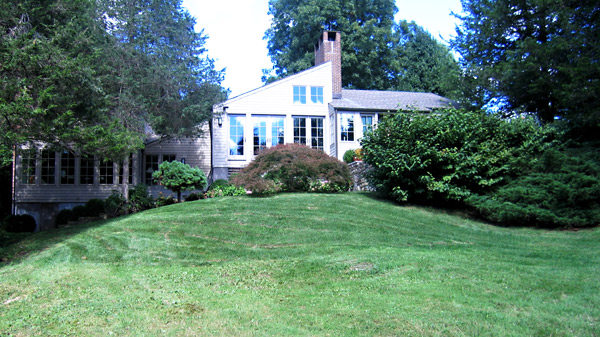 When the original house was remodeled and the additions were complete I assumed we were done. Charlie said actually he’d like to add a sunroom off the Living Room. This presented a separate set of challenges because of the grade. Above is a view of the house as it appeared before the addition of the Sunroom. View from the southwest before the Sunroom was added. The French doors are along the south side of the Living Room and were originally planed to open on to a raised deck or terrace. But the Sunroom worked even better. 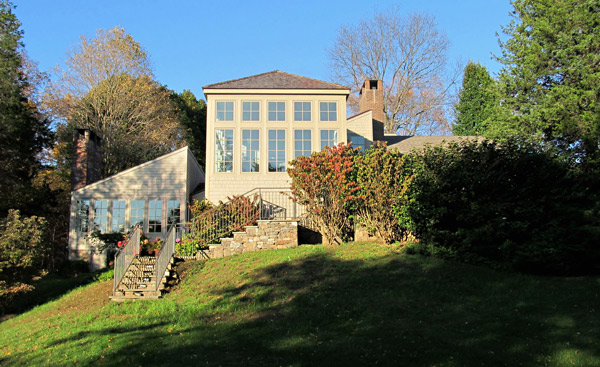 Here the Sunroom as completed. The Master Bedroom is on the left of the stairs. 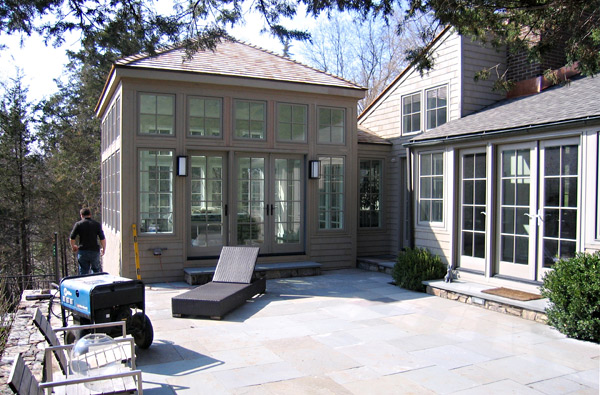 Though I will replace this picture when spring comes and I can show the terrace better, it will give an idea of how the Sunroom connects to the main house.

PHOTO BELOW: View seen when one enters the Living Room. The French doors on he left lead to the terrace and the ones on the right to the Sunroom which is separated from the Living Room by a 4 foot connector or transition space. The Sunroom is really an extension of the Living Room but can be shut off in the winter and need not be heated. It is in fact used more like a porch as it is sunny, cheerful and warmed for the most part by sun. 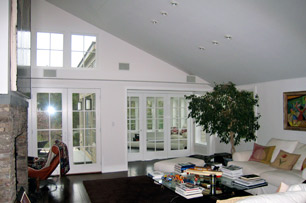