The Bucknalls lived in Greenwich, Connecticut, but were long-time members of a club community in the Catskills called Onteora.

Anne had grown up there in the summers and she and her sister inherited the family’s wonderful Craftsman style house. The sister wanted the house and Anne wanted to build a new one. It was literally built on the edge of a steep drop off so was very site specific. 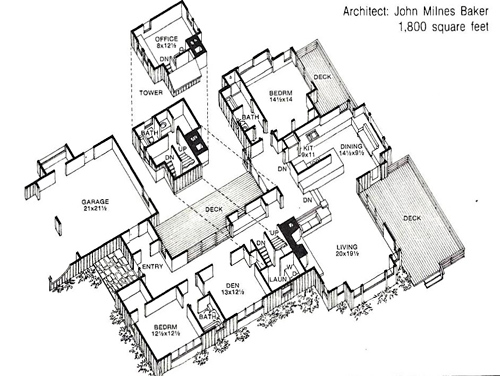