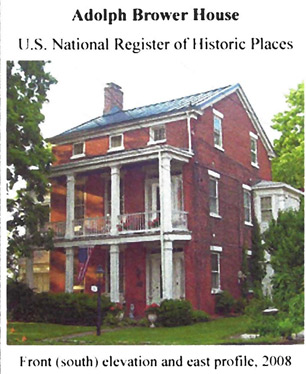 A year or so ago Greg Freeman called me. He and his wife Joan had bought an 1840s house on a one acre lot a few miles south of Poughkeepsie fronting on the Hudson River.

The house was listed on the National Register of Historic Places in 1982 and is an example of vernacular Greek Revival.

“He built the house to overlook lime quarrying and kiln operations nearby.” (From the NRHP Web site) 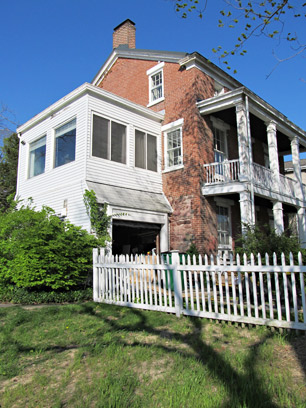 The house is a two-and-half story, three bay structure of brick laid in common bond capped with a wooden cornice. The south elevation has a two-story wooden porch with a shallow pitched hipped roof.

The front door and surround is particularly fine as are the stone lintels and decorative lintels of the windows. The Freemans wanted to remove the existing addition and add a Kitchen/Family room on the second floor as an extension of the Living Room and Dining Room. The space must take advantage of the western view of the river and the spectacular sunsets. 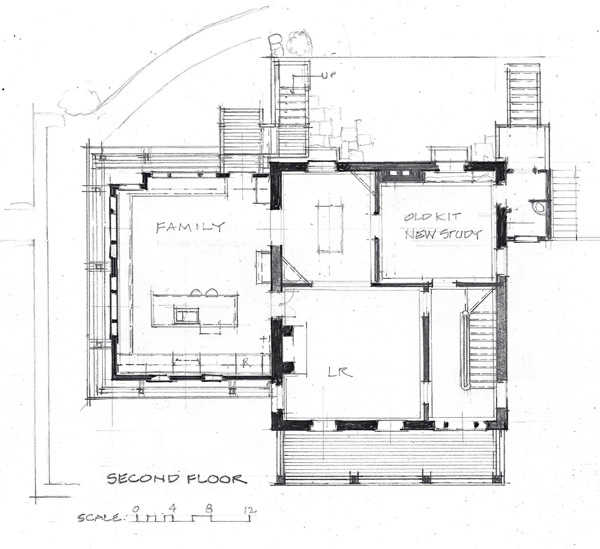 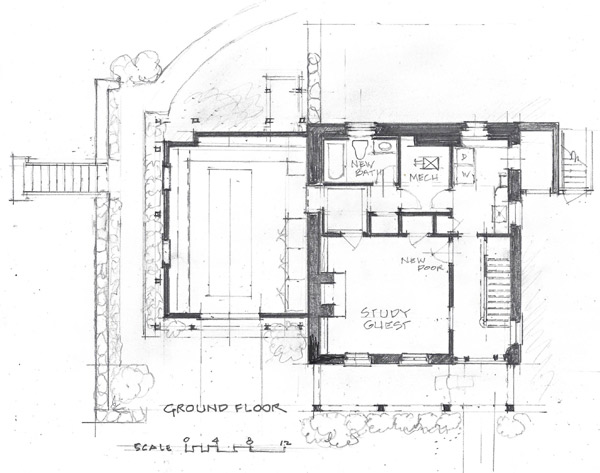 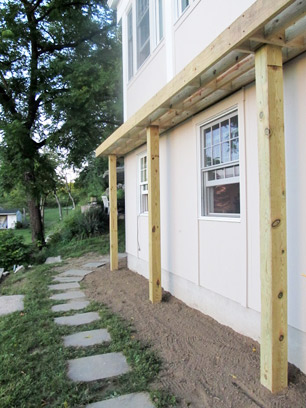 The old addition was removed and the new addition added with a shop and storage area at the ground level. The space is actually large enough to accommodate a car if needed, But basically it will be used as a shop and storage. A new kitchen and family room were located on the upper floor. As much glass as possible - particularly on the west and north – to face the view. That put the kitchen work area on the south end with two windows providing a glimpse of the driveway to the south.

PHOTO: The pathway along the west side of the new addition showing the trellis awaiting spring and the growth of climbing hydrangea and base planting.

The New York State energy code limits the ratio of glass to solid insulated wall. In order to meet the requirements, the lower level with only two windows over the workbench, the overall ratio of both stories permitted the extra glass on the main living level.

By its very nature, the new addition had to be quite boxy. I saw it much as an enclosed porch and designed a continuous trellis separating the two stories. As vines grow up the posts the effect from the river side will make it appear much more “settled” in its space. This project is in its final phase so I will post more pictures when the spring comes and the landscaping “softens” the effect of the addition. But for now see these as a “work in progress" pictures. More to follow soon. 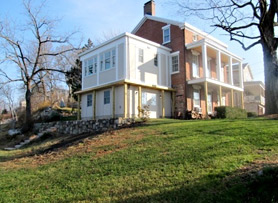 Progress photo from the southwest.

Note that the porch on the original house are yet to be finished. 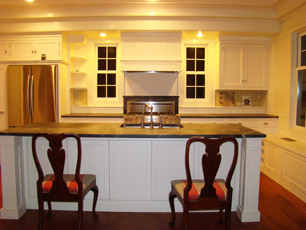